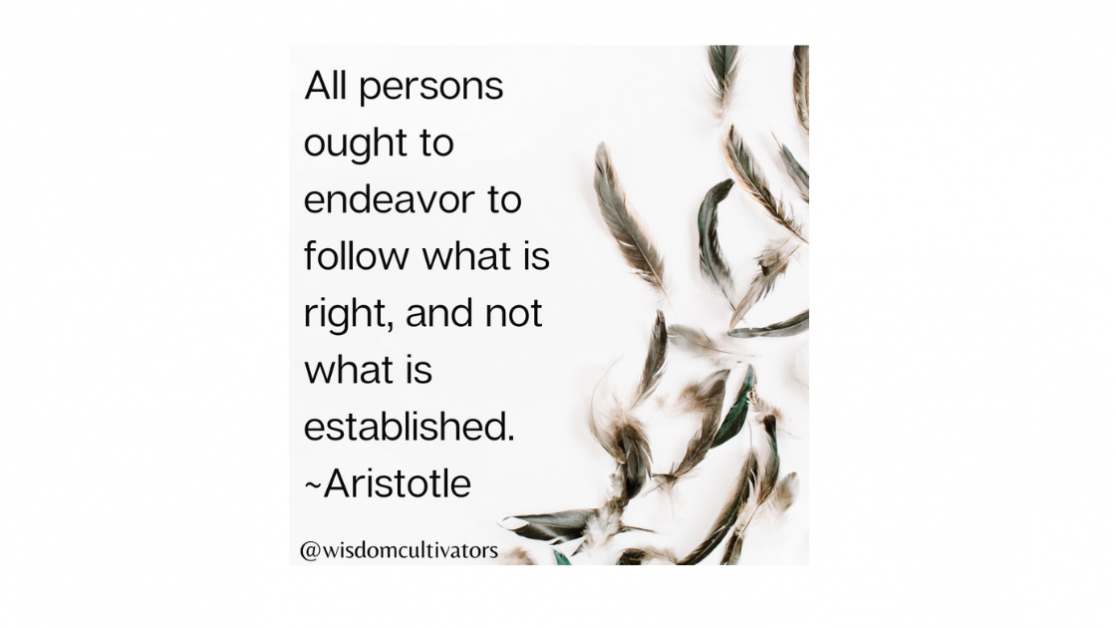 Can Practical Wisdom Save Us?

Even if you’ve never studied a lick of philosophy, you’ve likely heard of Aristotle. Living from (c. 384 B.C. to 322 B.C.), he was an Ancient Greek philosopher and scientist who is still considered one of the greatest thinkers in politics, psychology and ethics. I’ve been considering how interesting it is that we are so heavily influenced by the minds and hearts of those that lived 2000+ years ago. I wonder if this points to what is amiss in our cultural evolution as humans.  How is it that we are still looking to thinkers from ancient times to solve the problems we face in