Mainstream media is eroding our ability to reason wisely. When we are chronically exposed to news that highlights our differences, rather than our similarities, and plays on our emotions, rather than appealing to reason, we lose our ability to use wise reasoning. This furthers social division, reinforces intolerance, and fuels conspiratorial thinking. Here is how to combat this trend.

So what is wise reasoning anyway?

For millennia philosophers have promoted wisdom as an attribute that can strengthen societies and help us to overcome all manner of challenges. Contemporary scholars are still working to clearly define what wisdom is, but they do have some clear agreement on the definition of wise reasoning. Essentially wise reasoning elevates reason (the ability to think logically), by using aspects of wisdom to deepen logical thinking and make it more holistic (focusing on interconnectedness rather than separate parts).

In other words, people who have wise reasoning skills can assess a situation from multiple vantage points, take into account the nuances of the situation, and know that things can change, including their own minds. They are aware that they don’t know everything there is to know about a given situation and they can resonate with pieces of both sides of an argument.

Psychological researchers have found that wise reasoning can temper personal biases and can allow us to see things more clearly. It can reduce intergroup biases also- meaning we are less likely to jump to conclusions about those outside of our group or automatically make negative assumptions about them.

Exactly the kind of thinking that mainstream media wants to squash because those who view the world this way are no longer captivated by reporting that hooks minds by playing into biases and assumptions.

A recent article in the journal Nature Communications looked at the effect of wise reasoning on intergroup bias and attitude polarization. Researchers found that participants who scored higher on wise reasoning scales and those who used wise reasoning thought exercises, did indeed have less polarized responses to those in groups outside of their own.

This study backs up what those ancient philosophers taught; wise reasoning is necessary for creating the unity needed to solve our societal challenges. Ultimately no one benefits from polarization. In the short term, sides may earn points here and there, and there are financial gains to be made by media outlets and others who profit off fear or snarky political merchandise, but ultimately, we ALL suffer. There is no positive outcome here unless we move towards unity. So, if both ancient philosophers and modern social scientists agree that we would all benefit from more wise reasoning and that it diminishes polarization, let’s create more of it!

4 questions that wise up your reasoning

Wise reasoning is just one aspect of wisdom, and while the cultivation of wisdom has many facets to it, starting to hone your wise reasoning skills is a very effective place to start. Not only will it create more balance and harmony in your own life, but it will also affect the lives of others.

In the study mentioned above on wise reasoning and intergroup bias, researchers used a set of 4 questions that participants would answer after reading a news article. The questions were designed to help the participant to tune into outside perspectives. Compared to control groups, these participants showed the use of more wise reasoning in their responses.

When you find yourself engaged in thought about controversial current events or reading about an issue or group that brings up strong feelings, ask yourself the four questions used in this research:

1) How might my perspective on this situation be different from other peoples?

2) How do I think the situation might change over time?

3) What are the uncertainties for me surrounding this situation?

4) How do I think that people could work together toward arrangements that make all parties happy?

It may seem like a silly thought exercise but consider the difference between this approach and the thing we most commonly do after learning about an issue- ask ourselves what our stance is. Often, our first inclination is to gather information with the goal of figuring out where we stand. Once we choose a side, we seek out the information that backs up our choice. The 4 questions above are designed in such a way that even if we do end up with a stance, we can still understand why someone else might make a different choice. We are also better equipped to explain why we made the choice we did, and we are more likely to be open to changing our minds when new evidence is presented.

We are all wrong

An important part of wise reasoning is recognizing where your uncertainties lie. It is the ability to say to yourself “knowing what I know currently, I feel this way, but I also realize there are things I don’t know.” If you are honest with yourself, in MOST cases, there are things you don’t know. Intellectual humility is one of the traits that set the wise apart from the rest. it involves recognizing our intellectual limitations in the service of pursuing deeper knowledge, truth, and understanding. Without it, we wouldn’t know half the things we know. In fact, we might still be using bloodletting as a medical treatment or we might still believe the earth is flat.

I believe intellectual humility is the cornerstone of wise reasoning. “This mindset encourages us to seek out and evaluate ideas and information in such a way that we are less influenced by our own motives and more oriented toward discovery of the truth.” Without it, it would be difficult to practice the other 3 aspects of wise reasoning because we would be unable to look outside of our first impressions- we would jump to the first conclusion we come to and stay stuck in that place, often for fear of being wrong. Our culture has made a virtue of certainty, at the expense of truth.

Our attachment to our own rightness destroys our ability to reason wisely. We can’t look at the bigger picture with a deep desire for truth, and we can’t view things from other perspectives without entertaining the possibility that those perspectives may have some validity. Being wrong doesn’t feel like much, it is realizing we are wrong that feels bad. We can reframe that feeling though, and realize that it means that we are getting closer to the truth.

So if you want to increase your ability to reason wisely, stop giving your attention to mainstream media, ask yourself the 4 questions, and view discovering that you are wrong as a positive thing- a step closer to what is true.

Believe those who are seeking the truth. Doubt those who find it.- Andre Gide 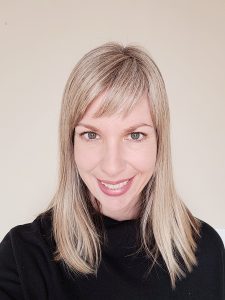 PrevPreviousIf “They” Led with Curiosity, We Might Trust Them
NextDiscourage Censorship: Promote Wise ReasoningNext